Why do communities of color generally live on the west and south sides of Chicago?
In Our City
Environmental Justice
Housing Justice
The Chicago Housing Authority (CHA) was created in 1937 by the federal government, under the Roosevelt administration as part of his New Deal programs to help provide affordable housing for families and “combat blight” (CHA). Due to housing shortages during the second Great Migration, Altgeld Gardens became public housing for African American factory workers and veterans returning from World War II (Roewe). Under Richard M. Daley’s administration, the Chicago Housing Authority [CHA] had dumped thousands of gallons of PCB waste in the middle of their community (“Environmental Justice in Chicago: It's Been One Battle After Another”). PCB waste comes from industrial products and chemicals that have been banned since 1979 due to the toll it has on the environment, as well as human health (“What are PCBs?”). The accumulation of waste ultimately led to the area currently being surrounded by 50 landfills, hundreds of hazardous waste sites, and factories.

Redlining is the denial of services because of the area people live in, based on race and ethnicity (Hayes). Generally people of color are denied loans and low insurance rates due to the assumption that they are a bigger financial risk. Relining started when neighborhoods were color-coded by the federal Home Owners’ Loan Corp. and the Federal Housing Administration, based on being the best, still desirable, declining, and red for hazardous (Jan).

The Environmental Justice Movement, led by Theodore Roosevelt and Gifford Pinchot, began in 1980 after the reaction towards waste facilities and toxic dumping that started negatively affecting primarily minority communities. The Environmental Justice Movement was led primarily by people of color, with the birth of the movement being in Warren County, North Carolina. Warren County was made the dumping grounds for 6,000 trucks worth of soil and PCB (Skelton and Miller). Many environmental justice leaders came out of the civil rights movement, hence the usage of some of the same tactics such as marches, protests, petitions, and so on that gathered national attention (Skelton and Miller). By 1994, the EPA’s office of Environmental Equity was created and renamed the office of Environmental Justice.


The purpose behind the Environmental Justice Movement was to ensure that every person, regardless of their race or color of their skin, had improving health and safety inspections for subsidized housing, safeguarding against toxins that cause lifelong harm to children’s brain development, and preparing communities for climate change issues; including energy enhancements in new subsidized housing. 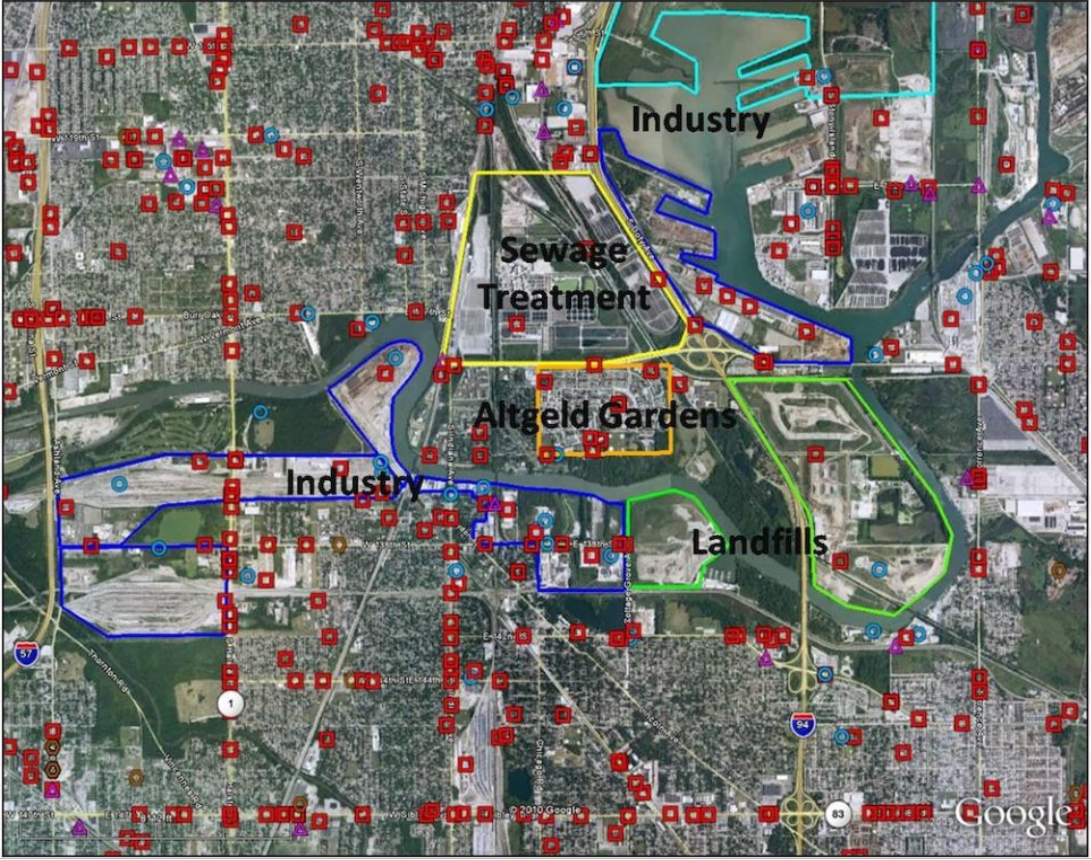 Although redlining was banned a little over 50 years ago, many communities that were redlined continue to suffer economically; loans are still difficult to secure for low-income minorities (Jan). 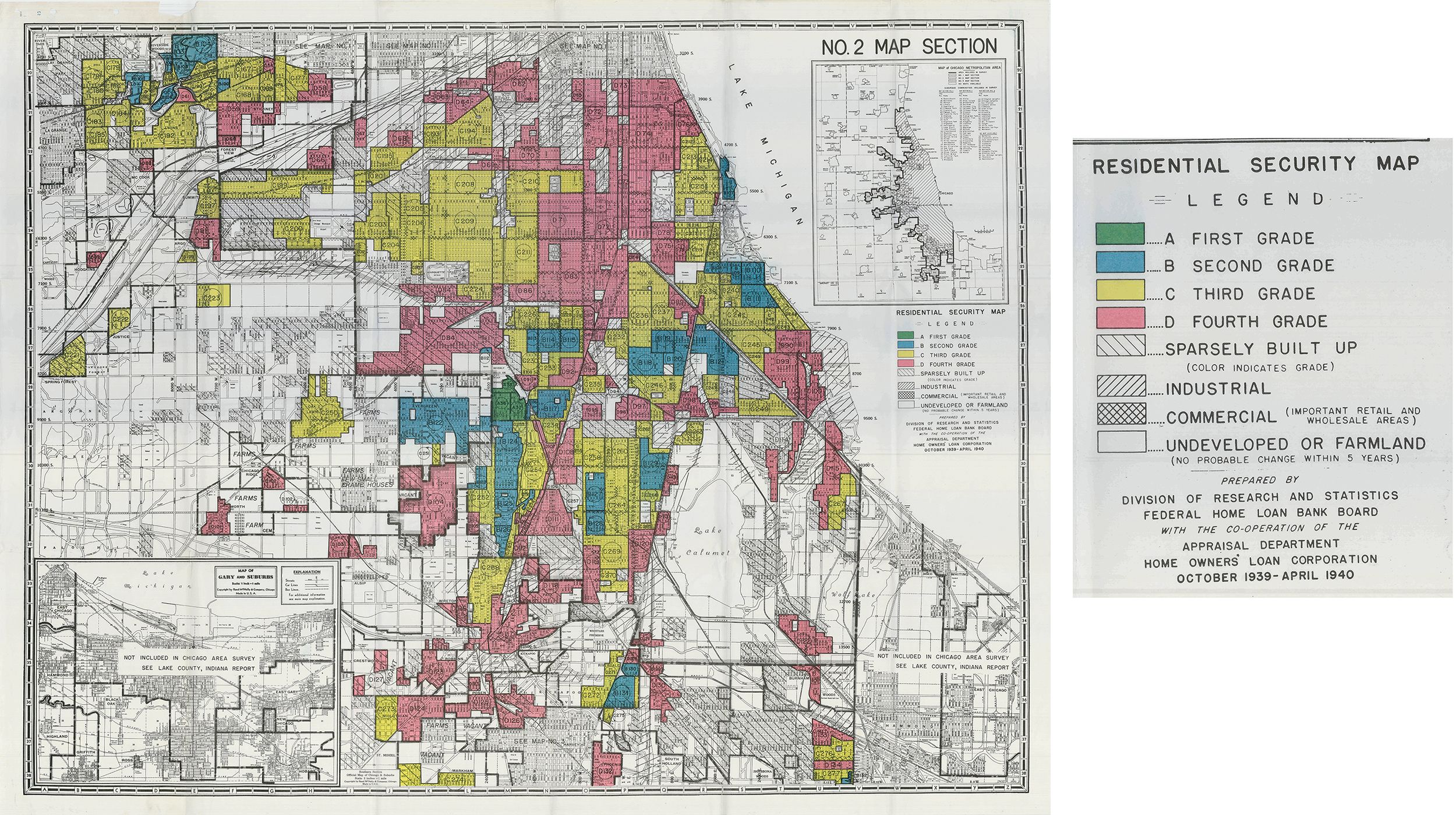 Meet Cheryl Johnson, the current executive director of People for Community Recovery and a resident of Altgeld Gardens. Similar to many other community members, Cheryl’s father died of lung cancer, pushing Cheryl to follow in the footsteps of her mother, Hazel Johnson, who is also the founder of the People for Community Recovery (“Environmental Justice in Chicago: It's Been One Battle After Another”). 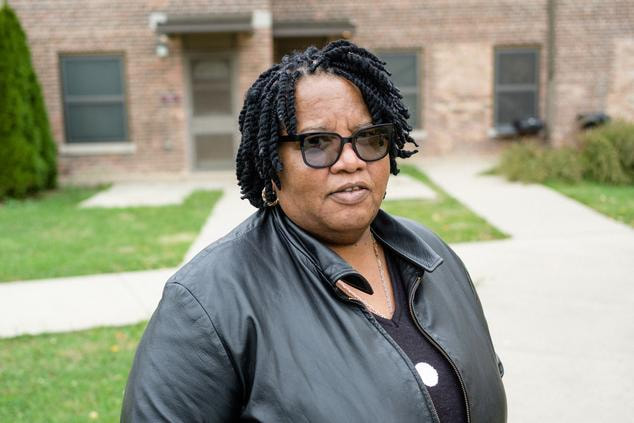 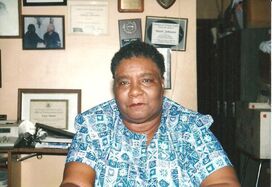 - Bruce Mitchell, a researcher for the National Community Reinvestment Coalition

Meet Hazel Johnson, founder of the People for Community Recovery, based
in Altgeld Gardens, Chicago.
- The Chicago-Naperville, IL-IN-WI, area along Lake Michigan, is ranked 16th and 15th for the worst polluted ozone and year round particle pollution in the U.S. (“Most Polluted Cities”).

Why is this important? We breathe ozone in the air, and despite being good in the sense that it protects from UV rays, ground level ozone can cause a variety of health problems. Ground-level ozone negatively affects our health short and long-term primarily in areas near the throat causing irritation, congestion, chest pain, and worsen asthma, bronchitis, and other lung related conditions (Ground-level Ozone Pollution: Health Effects of Ozone Pollution).

What can we do about this? Using this information, we can share with our family, friends, and other community members to educate them on some of these injustices. Using this knowledge, we can form relationships with our alderman and mayor. Networking is the key to meeting policy makers and others who have a voice when making decisions, therefore we encourage you to attend ward or city councils to raise concerns and push for changes within our communities. Despite the hurdles of not having funding to hire lawyers and not having access to documents in multiple languages, it is important to make others aware of your concerns so that your community and community organizations can apply pressure on pollution-producing facilities.

Links to check out:

It is important to know the history of redlining and why the south and west sides of Chicago are mainly made up of people of color and lower-income communities. Without community wealth, members don’t have as much of a voice as to what businesses and organizations are built near them. A similar pattern is seen among other people in power, including aldermen and previous mayors. Organizations such as People for Community Recovery have pushed for local gas and waste cleanups to remove contamination in the gravel, but oftentimes leave behind pollution and waste. This in turn proves to the community members that their alderman and mayor aren’t actually doing enough to advocate for the health of their community members.
DID YOU KNOW?